Pramila is a 53 year old, visually impaired woman. She was 32, when she met an accident that made her lose both her eyes. Due to her condition, she became solemnly dependent on her husband and family, but, they too neglected and abandoned her. Therefore, she took responsibility for herself and started selling incense sticks to meet her daily needs. Initially, she was able to make 50-100 rupees per day. The money was sufficient to provide her with a cheap meal, twice in a day, but, later as the times passed, her income declined at an uncontrolled rate.  After working for about 8-9 hours per day, she could hardly collect 20-30 rupees. Her health  was also worsening as there was nobody around to take care of her special needs and being a visually impaired person, there were many times when she was injured whilst walking in crowds or in highly populated buses or trains.

We met her on one such afternoon, when she was standing near a fruit cart, holding packets of incense sticks in her hands and a cloth bag on her “strong” shoulders. “Buy these incense sticks, I have different varieties like mogra, sandal…. Buy 1, get 1 free, special offer… Only for today….” She was trying all means to attract her customers.  Her voice was full of determination, hope and self respect.

We went near her and bought all the packets of incense sticks she had. She was delighted. Before,we could leave, we asked her about her family. She replied with a sigh and told us about the accident and how her two sons and her husband abandoned her and how she is determined and hopeful to work for her survival. “I want to prove to them that I have not died yet, I can take care of myself and I will work till the last breath of my life”, she said.  That was the moment when we realized that we should help her. Therefore, HWCT decided to help her out by fulfilling her needs by helping her to sell incense sticks and also providing her with grocery for 6 months. She was delighted when we gifted her a white cane, that could help her to move properly in crowded areas, without getting hurt. 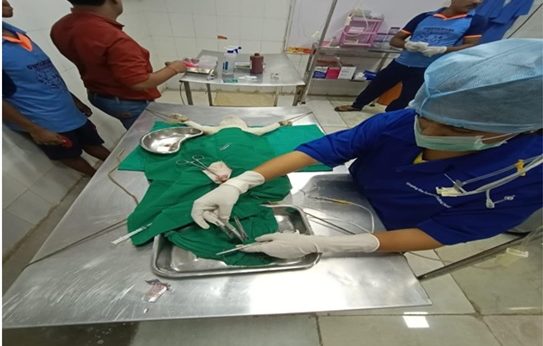 We found an injured cat in the streets of Malvani.... 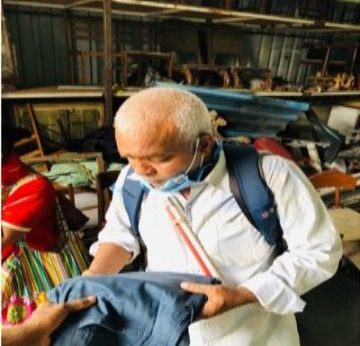 “The last time I bought a t-shirt was probably seven...